A lot of people nowadays are into dancing. It can be their hobby or their past time during their valuable free time. Most of them dream of becoming dancers who want to perform in front of large crowds. Others dance just because they love to have some fun. Still, there are also other people who are not that good with dancing but love to watch dance shows. If you are one of those people who love to watch these shows, then here are the best dance shows for 2016 that you should watch.

Ballet is a dance style that portrays elegance and flexibility. Its origins can be traced back in 15th century. It flourished in France and in Russia. The steps in ballet are actually hard. A ballet dancer should make sure that he has good physical posture. He also needs to practice in a regular manner to make his body flexible and ready for his performances.

When talking about ballet, you should not miss out on the shows of The Bolshoi Ballet company. The Bolshoi Ballet company is considered as one of the oldest ballet company in the whole world. They come from Russia and their base is in the Bolshoi Theater. However, they are not only famous in Russia. They are also famous in different parts of the world. They are even doing seasonal performances in the theaters of London. Their performances typically include classics that many people are already familiar with. Some of these include Swan Lake, Don Quixote, Taming of the Shrew, and Flames of Paris.

Dance is all about getting your body to move with the rhythm and keeping the beat. However, rhythm does not only come in the form of a recorded song or a band. Rhythm can come from the things that exist in everyday life, such as tin cans, lids of metal garbage bins, hammers, and even pots and pans, among others.

When you combine these everyday things together with dance, you will definitely get one of the best dance performances at this present time. This is what the percussion group STOMP does. The group of eight individuals entertain their audiences with their dance moves which usually are in sync with the beats that they are making through striking or hitting certain items.

The group is currently performing at the Orpheum Theater located at New York City, USA. Their shows run from the 13th of July 2016 up to the 31st of March next year. In order to get tickets for the shows as well as purchase merchandise that you like from the group, you can always visit  Stomp official website.

Bring It! is one of the most popular dance reality programs on television in America. It currently airs on the Lifetime Channel and is already in its 3rd season. In this reality program, the Dancing Dolls as well as the Baby Dancing Dolls, along with Miss D, their coach, competes with other majorette groups in a face-off which is called the Stand Battle. The show features the practices of these girls and, most especially, the main battle. The show has a 100% rating on Rotten Tomatoes.

Now, you can also catch the Dancing Dolls and watch them perform live at the Prudential Hall of New York Performing Arts Center located in Newark, New Jersey. This is a one-day show on August 4, 2016 in the city. However, they are also on tour and you might catch them at any city all over the country so you should book your tickets as early as possible.

You can watch the show at the New Theatre in Cardiff, United Kingdom. It will run from September 20 up until September 24, 2016. You can check out the New Theatre website in order to know the prices of tickets for matinee and gala shows. Both professional and amateur or aspiring ballroom and Latin dancers will definitely have a good time watching this particular show.

Lord of the Dance: Dangerous Games 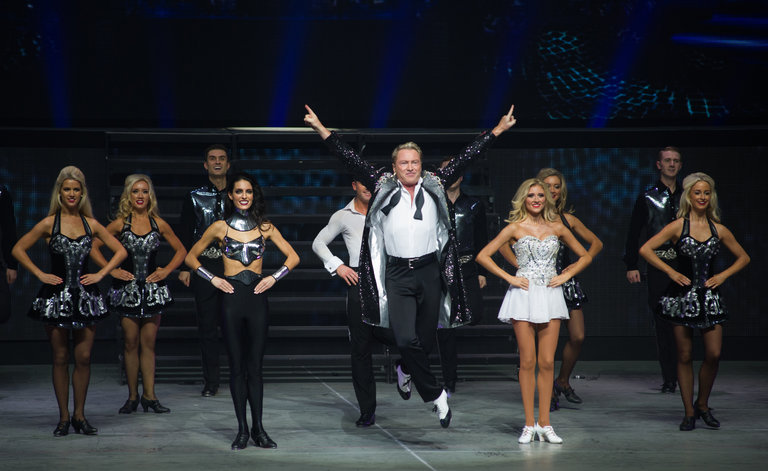 The dance show is certainly one of the popular dance shows performed in live theaters, with Michael Flatley choreographing and directing it. The cast members are all talented and showcase their abilities through their performances. The stage will be lit up with amazing lighting and, most especially, the costumes. Gerard Fahy is also the one responsible for creating the music of the entire show. The show has also earned several nominations awards from various award-giving bodies in the show business industry.

You might want to visit lord of the dance website to check which theaters in the UK they will be performing at next as well as their show dates. Ticket prices are also available so you can determine how much you need to pay to book one. Merchandise are available for purchase, as well.


There are still a lot of dance shows that will run in various theaters all over the world. There will definitely be one for the specific dance style which you are deeply interested in. These performances will surely keep your eyes locked in on the stage and enjoy the whole dance performances.