Rhythmic, sensual, and energetic — these are the words people often associate with Samba and it’s a fitting description indeed. For the uninitiated, the dance may look complex. But after watching a couple of performances, you’ll come to understand that Samba is as simple as can be. It features sensual flairs and fast movements akin to those of salsa and is an entertaining art that almost anyone will enjoy watching.

But graceful fluidity aside, have you ever wondered how Samba dancers choose their samba dance costumes? Why do they wear elaborate pieces that are as attention-grabbing as they are dramatic? In this article, we’ll be discussing the different Samba costumes and the reasoning behind their distinctive styles.

One thing that stands out as far as Samba costumes are concerned is skin exposure. Most people think that the revealing nature of Samba costumes adds to the dance’s allure, but that’s only half the reason why. One has to take into account that Samba, first and foremost, is an energetic dance.

Therefore, wearing moderate clothing can help keep the samba dancers cool whilst dancing to the rhythm. This is why the arms, legs, and torsos of samba dancers are fully exposed. To make their costumes more attractive, the clothes are accessorized with colorful feathers, beads, fringes, sequins, and rhinestones.

The traditional samba costume is rarely worn in today’s dance shows, with modern costumes sporting a wide variety of accessories that make them vastly different from their predecessors. You will, however, encounter traditional costumes in Brazilian outings like Carnivals and street shows. The costume is simply a bikini-style set with a couple of embellishments and accentuated with a conscious headgear consisting of colorful feathers. 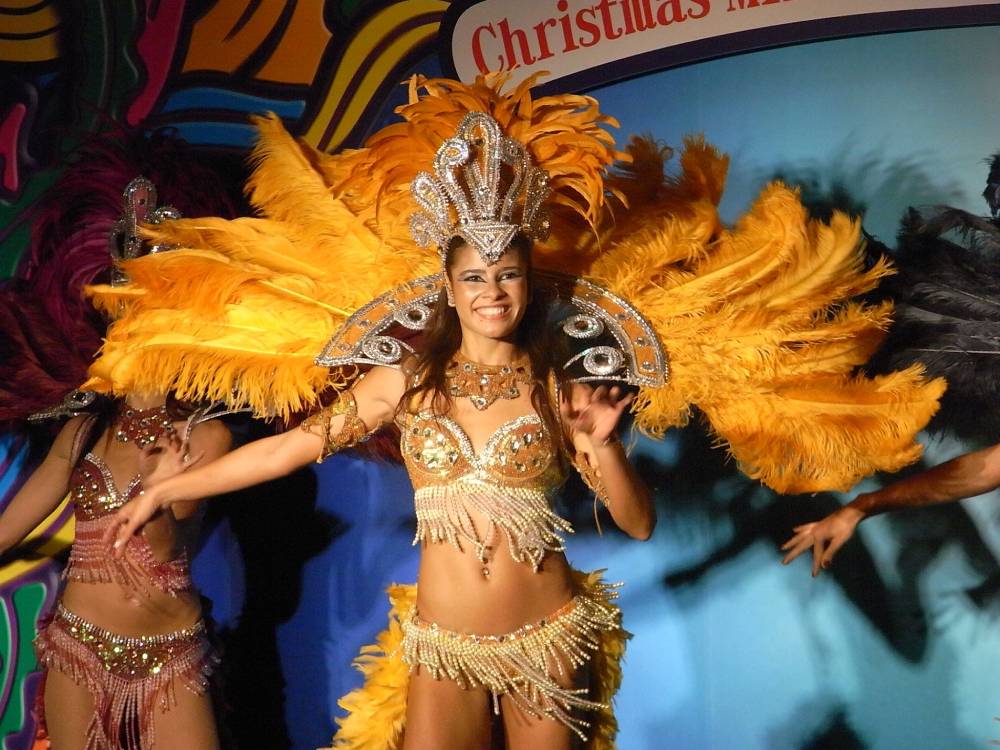 For those who don’t fancy the bikini-style costume, there are a couple of alternatives to choose from. Hot pants can be used and paired up with sheer skirts (you can also choose wrap tops and sheer skirts as a combination). To make the costume stand out, dancers add more details such as calf accents, gloves, heeled shows and jewelry which are just some of the accessories that they choose to incorporate. The traditional samba costume was only reserved for the annual Rio Carnival and that still remains true until now.

Perhaps the most important costume in the Samba dance culture, the carnival samba costume. is worn by professional samba dancers known as ‘passistas’. To reflect their elegant movements, the costumes are created out of luxurious materials like pheasant feathers and Swarovski crystals. One key element that makes this costume unique is the fact that the garments are made to last for years since professional dancers wear the same costume over and over again. 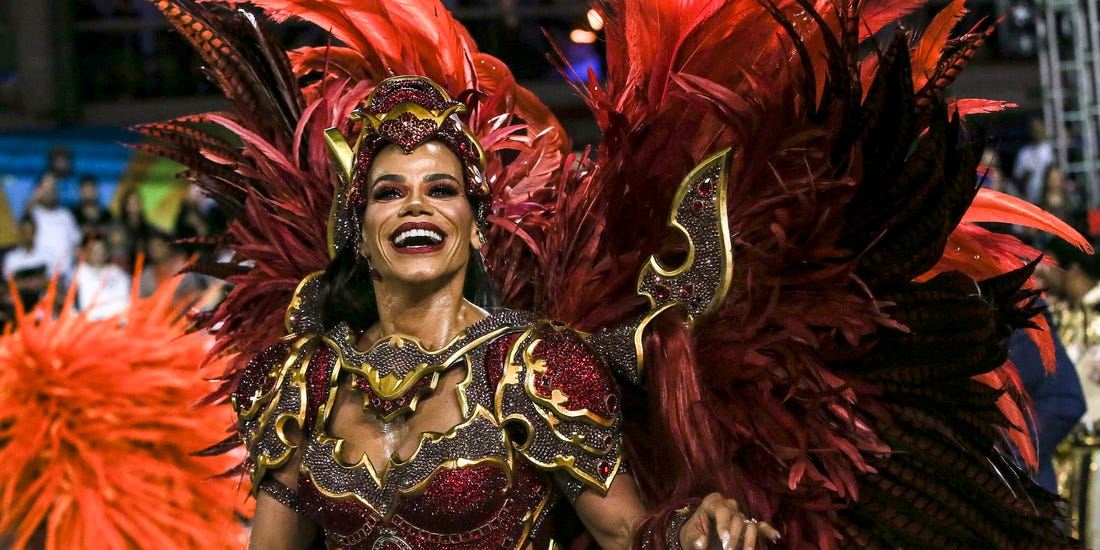 A parade costume is the exact opposite of the carnival samba costume which is made of less expensive materials. Samba dancers usually wear these parade costumes only once for the parade event as they are easily disposable. While you won’t see professional dancers wearing this type of costume, women who wish to take part in the parade can wear them without hesitation. Of course, the garments share the same characteristics as other samba costumes like brightly colored feathers and will exchange Swarovski crystals for rhinestone crystals and jewels. 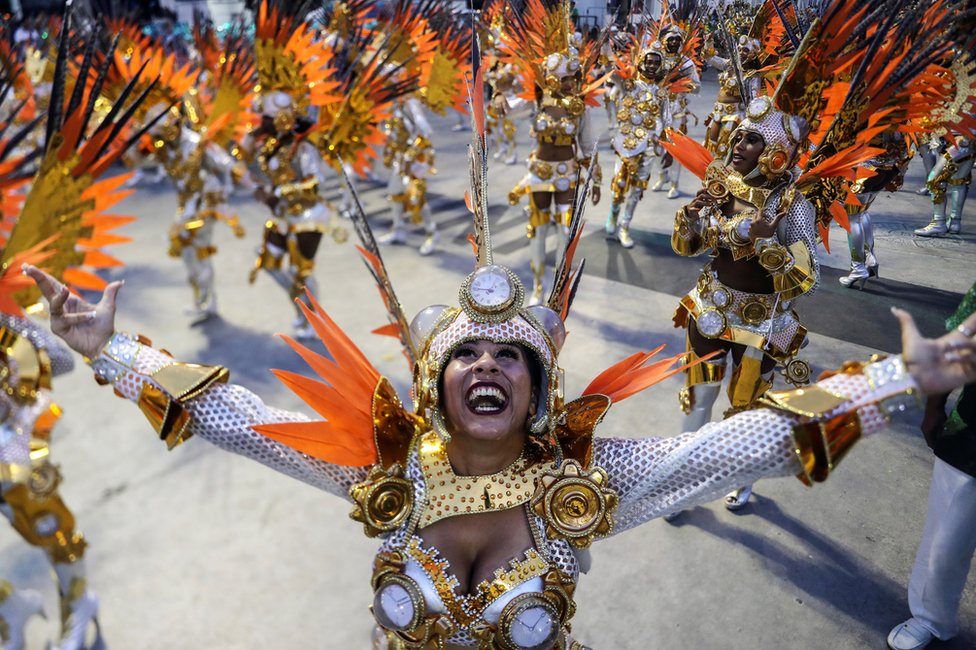 When looking at a Latin America samba costume, you’ll notice a stark difference between it and the aforementioned traditional samba costume. The former features pleated skirts that are layered and sequined compared to the latter’s thinner sheer skirts. The pleated skirts may or may not have slits.

The costume also features leotards that are worn underneath the skirts which are then teamed up with tops that closely resemble monokinis. Vibrant headgears are still present as well as the fringes, beads, ruffle boas, and feathers do in most samba dance costumes.